After the Moto Tab G20, Motorola can launch the with an 11-inch display 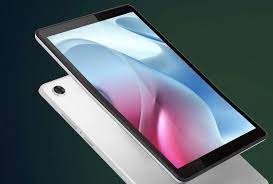 Motorola has entered the tablet market with the Moto Tab G20. The tablet was launched in the budget category, but now Motorola is planning to launch a slightly more premium tablet. According to reports, the Moto Tab G70 is currently in operation. The tablet is listed on the Google Play console and also found on the Geekbench. The list reveals that the tablet may have a Helio G90T chipset with a 10 or 11-inch display.

According to GSM Arena, the Moto Tab G70 has a 10-inch or 11-inch display with a resolution of 2,000 x 1,200 pixels. This tablet is expected to be offered by MediaTek Kompanio 500 (MT8183A). According to the Geekbench list, the tablet will feature a 2x A76 + 6x A55 and a Helio G90T paired with a Mali-G76 GPU, 4GB RAM and 128GB of built-in storage. It was not disclosed whether the storage could be expanded using a microSD card.

Targeting the budget audience, the Moto Tab G20 is priced at Rs. Launched at 10,999. When it comes to specs, the Moto Tab G20 features an 8-inch IPS LCD display with TDDI technology. The tablet is powered by a MediaTek Hello P22T chipset with 3GB of RAM and 32GB of internal storage. The Moto Tab G20 runs on Android 11.

In the camera segment, the Moto Tab G20 has a single camera lens with a 5-megapixel sensor on the back. On the front, there is a 2-megapixel camera for selfies. The Moto Tab G20 comes with Dolby Atmos support, which enhances the sound quality of the device. The tablet has a 5100 battery and a USB Type-C charging port.

We had the opportunity to spend a few days with the Moto Tab g20 and here’s what we thought about it: If you’re looking for the right tablet for your child’s online classes, look no further and get the Moto Tab G20. It is one of the most affordable tablets available in the market today. The tablet is perfect for online classes, online conferences and others. If you want to introduce your mother to the world of OTT it can also be a gift from you. The display is 8-inches large, enough to watch shows, movies and stuff if you need some time. However, since the tablet does not support LTE, you have to rely on Wi-Fi for everything.

Realme wants to enter the ultra-premium smartphone segment: but can it convince consumers?