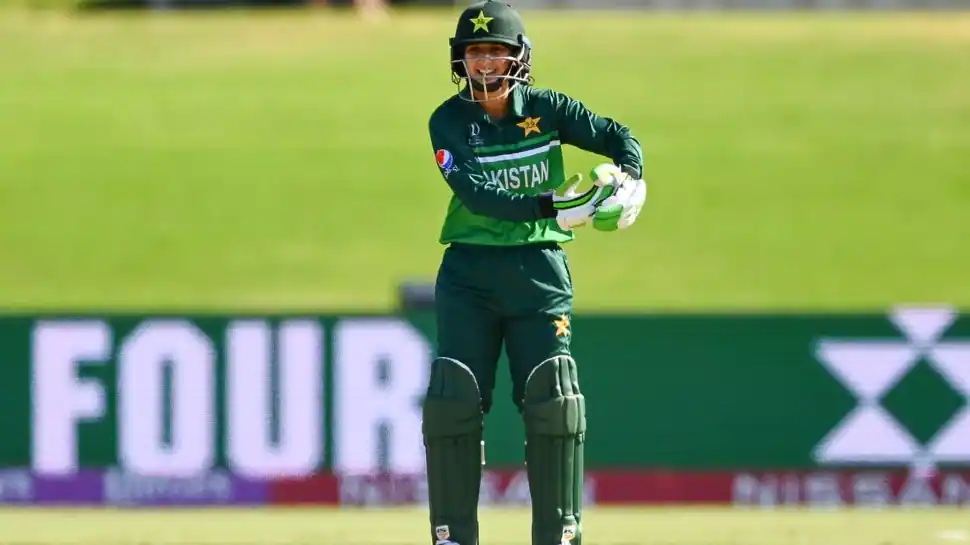 Pakistan captain Bisma Maroof (78 not out) and middle-order batsman Alia Riaz (53) set up their highest partnership at the ICC Women’s World Cup, scoring a respectable 190/6 in the allotted 50 overs in the match against the ICC Women’s World Cup. Strong Australia at the Bay Oval on Tuesday (March 8). Skipper Maroof, who scored an unbeaten 78 off 122 balls, and Alia, who scored 53 off 109 balls, helped their team to a competitive score after beating Pakistan by setting up a 99-run partnership for the fifth wicket. India in the opening match.

She was convinced that Australia would need to score almost four runs per over to stay undefeated in the tournament, with Maroof hitting eight boundaries in his stay. This is her first fifty since becoming the mother of baby Fatima as well as her first fifty in World Cup matches. It was also Pakistan’s second-highest score in the Women’s World Cup after Nahida Khan’s 79 against South Africa in June 2017.

Veteran seamers Megan Schutt (1/43) and Ellis Perry (1/27) took one wicket each in their opening spell, while spinners Alana King (2/24) and Amanda-Jade Wellington (1/25) were at work. Reduced Pakistan to 44/4 after 13 overs. Although Maroof and Riaz were unable to score quickly in the beginning, they played very carefully and cleverly moved the field to combine a memorable stand.

Nicola Carey trapped Riaz in the 45th over to end a valuable partnership but did not stop Maroof as she batted right until the end to make sure Australia had something to chase. Australia made two changes to their squad to beat England on Saturday, with Carly and Wellington added to Playing XI at the expense of Tahlia McGrath (Heel) and Darcy Brown. For Pakistan, Zaveria Khan was injured while Nahida Khan replaced her